FREE SHIPPING WITHIN THE CONTINENTAL UNITED STATES ON ALL CONSUMER ORDERS OVER $49!
Skip to content 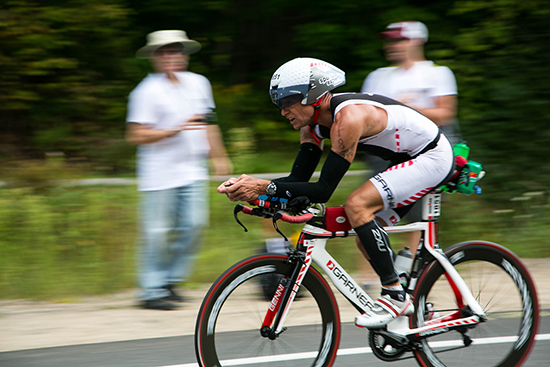 International triathlon competitor, Roger Girard, 57, (Canada) has chalked up impressive wins during his career and in 2012 achieved 9 podiums including a top podium in his age group at Ironman Florida in Panama Beach City and at the daunting Savageman (half-ironman) in McHenry, Maryland in 2012. Facing an intensive 2013 schedule with three ironman and four half-ironman, culminating in the formidable World IronMan Triathlon Championship in Hawaii in October 2013, Girard needed to return to top condition quickly.

Roger has begun using OMEOSPORT to enhance his training. OMEOSPORT is a unique product that improves recovery time by quickly moving biofuel to the muscles. The result is improved efficiency of biochemical fuelling and cellular respiration, boosting the athlete’s endurance threshold. By preventing lactic acidosis-induced cramping and fatigue from long distances and harsh training inherent in triathlons, athletes will see better performance results.

“The best thing about OMEOSPORT,” says Girard, “is that it is effective and really easy to use. Just let a few pellets melt in your mouth before or after a training session. No need to take huge amounts of training fuel (gels, fluids or shakes) that can weigh you down because your body feels full as it processes those powdered drinks or sachets full of capsules! So far, in my cross country ski training (skating and classical styles) and competition season, and in preparation for my triathlon season, I like the results.”

About the Author: ADMIN